Get our CIAM Buyer Toolset

Get our CIAM Buyer Toolset 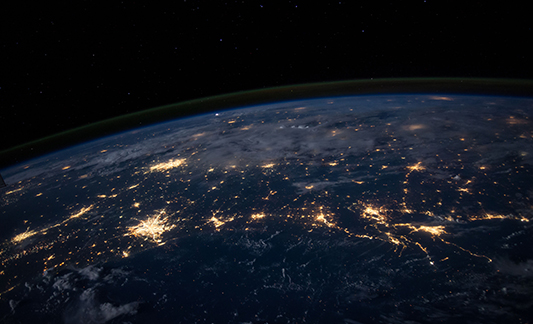 The Internet of Things, A World of Identities

Theo Punter - Chief Operating Officer at iWelcome - shares his thoughts on the impact of Internet of Things (IoT) will have for organisations, from a Consumer Identity perspective.

Quite a few years ago, augmented reality entered our daily lives imposing digital perspectives on reality without actually ‘touching’ it. Devices like phones, tablets, televisions and cars only enrich information and our experiences for all kinds of reasons. But lately it shows that this was just the beginning of a major transition where those devices are not merely ‘dumb’ things that provide information; they’re able to actually ‘do’ things on their own. Interacting with consumers as well as with each other is making them part of our human reality.

The Internet of Things (IoT) brings change with an impact beyond imagination as the digital economy is connecting them to us persons. With these ‘things’ not just serving as touch points, but actually doing stuff. In fact, these are not just ‘things’ anymore; they have become identities on their own.

A self-driving Uber car bringing you home using Google Maps in the background, a refrigerator handling your daily shopping, a thermostat not only regulating the in-house temperature but also trading home collected energy, or a watch monitoring your vitamin levels and injecting when needed on doctor’s recipe. The opportunities are limitless. Imagine what can be done with all ‘things’ that have evolved from just sensors sending telemetry data to ‘identities’ taking action on your behalf. I guess most people will have difficulties keeping track of all exchanges of mandates and consents.

Anyway, in this blog I will not elaborate on the social impact of these connected ‘things’. Instead, I’ll focus on the (large) operational impact these IoT devices have.

Next to enabling and managing customer privacy, consents and mandates, as prescribed by GDPR, a major operational challenge will be the sheer numbers of smart devices. Estimations for 2020 vary from 20 billion units estimated by Gartner to around 200 billion estimated by Intel.

Having to serve these kind of figures needs a next-level thinking exercise in worldwide cloud infrastructures. Besides sheer capacity, it needs a much higher granularity and geo-proximity of the infrastructure. In this regard, it shows quite some familiarities with developments in Telco (mobile) networks and operations.

However, more is needed for operating the world of IoT. Think of virtual datacenter concepts that should not only be location-agnostic, but also provider-agnostic. In other words, one should be able to use all locations from all major providers albeit (Microsoft Azure, Amazon AWS, Interoute VDC and Google Cloud Platform). The most obvious way to achieve this from an operational management perspective is to abstract datacenters and datacenter providers (e.g. by using frameworks like Apache Mesos or commercial extensions such as Mesosphere), assuming operational interoperability still has to be built into the application itself.

Next step is to have this operational interoperability as a standard built into Cloud platforms so the overall service is indifferent to whatever cloud platform its microservices are running at that moment with the communication being handled by the platforms. To use the Telco comparison again: think of mobile roaming, but a little bit more complex.

All these service providers of things we use (and don’t own) keep reflections of your identity data. To keep a clear 360 degrees overview of consumer identity data, an important next challenge for organisations is to have an underlying Identity and Access Management (IAM) infrastructure in place. This infrastructure has to support federated authentication and a very granular consent and mandate provisioning model from consumers to all the ‘things’ these consumers have in use and acting on their behalf by mandates and consents. The federation level has to be inherently supported by the service architecture as well as containing clearly recognised trust levels between the organisations managing (part of) the consumers’ identities.

In conclusion: the world of IoT brings along quite some operational challenges!

From an operational perspective, the challenge is not only to provide elasticity by leveraging today’s cloud infrastructure, but also to provide a far stretched trust and federation model between those sources of truth and their proprietary companies. This demands new levels of operating as well, not only on infrastructural level, but also on functionality level like on-behalf authentications, given and withdrawn consents and so on. Brief, supporting IoT requires a complete different level of service!

Feel free to repost this blog on your website or social channels! But when you do so, please be so kind to mention the source and give us a notice via marketing@iwelcome.com.

Previous Story
← Media Disruption - How traditional broadcasters and publishers can survive
Next Story
CIAM vs IAM: How do they work and what are the differences? →

These Stories on IoT

GDPR and IoT: Technology ahead of legislation

We live in a I-want-it-now economy

Let us know what you think